Dos and Don’ts to Avoid Needing an Emergency Electrician 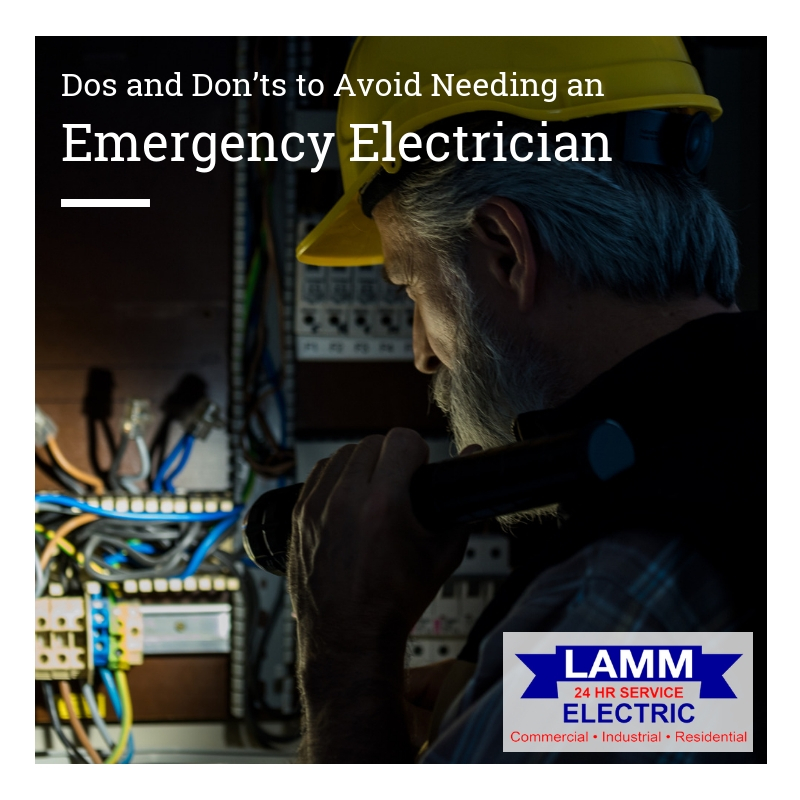 Nobody likes to be in a situation where they need to call an emergency electrician. If it has come to that, you’re pretty sure it isn’t going to be inexpensive. While some problems can occur that are beyond your control, there are some dos and don’ts you should know that could reduce the likelihood of an emergency electrical repair:

Granted, some of these, if you don’t follow this advice, will have you calling someone besides an emergency electrician – such as the fire department and your insurance company. However, even if a wiring issue doesn’t cause a fire, it can still leave you in the dark. 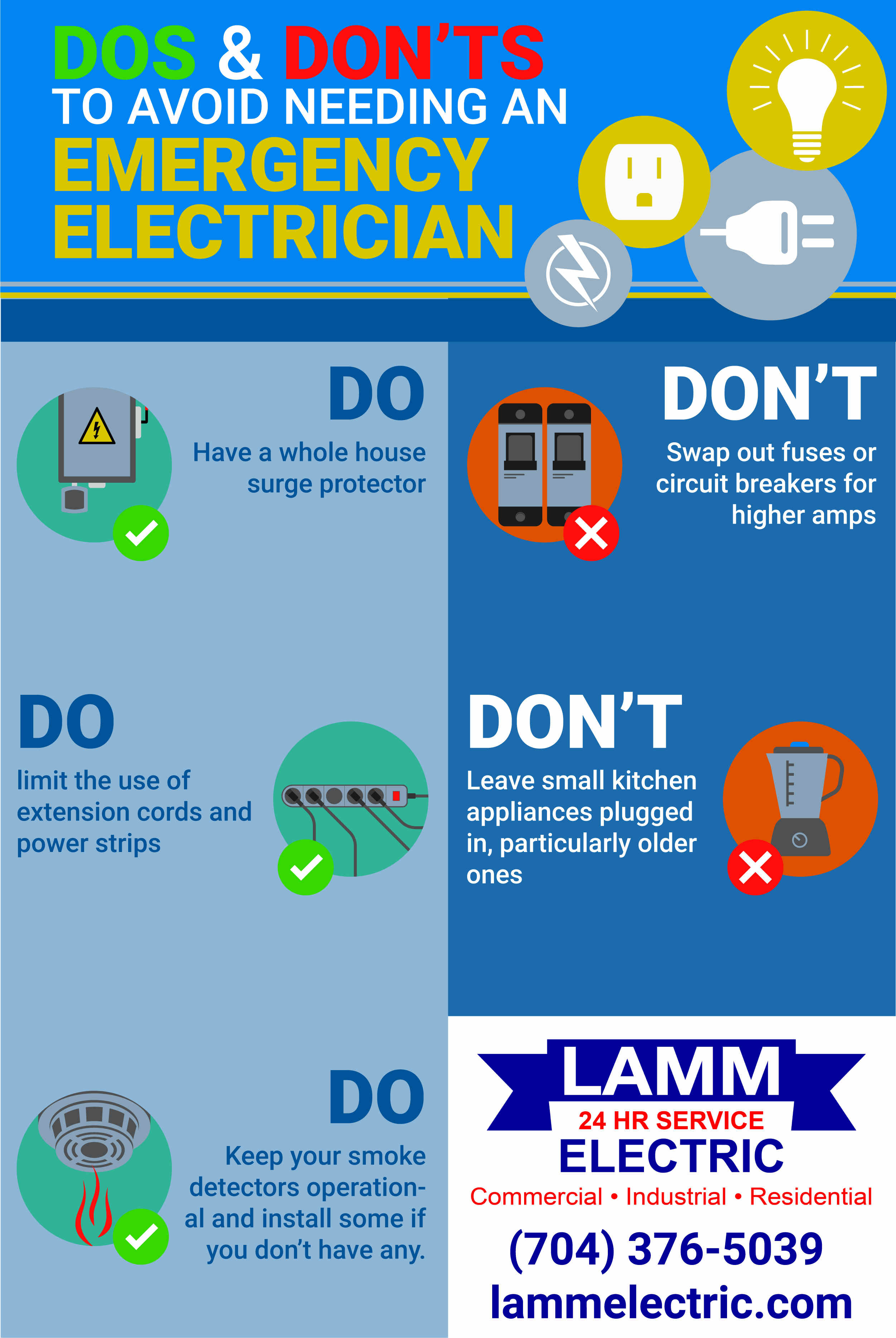 If you would like to have your home’s electrical system inspected and gain valuable information about keeping your home and family safe, don’t hesitate to call us at Lamm Electric. We would much rather help you during the day with preventative solutions. For example, let us take care of putting in additional circuits to avoid overwhelming one, so you don’t have to call an emergency electrician to replace all the wiring on that circuit because it was damaged.