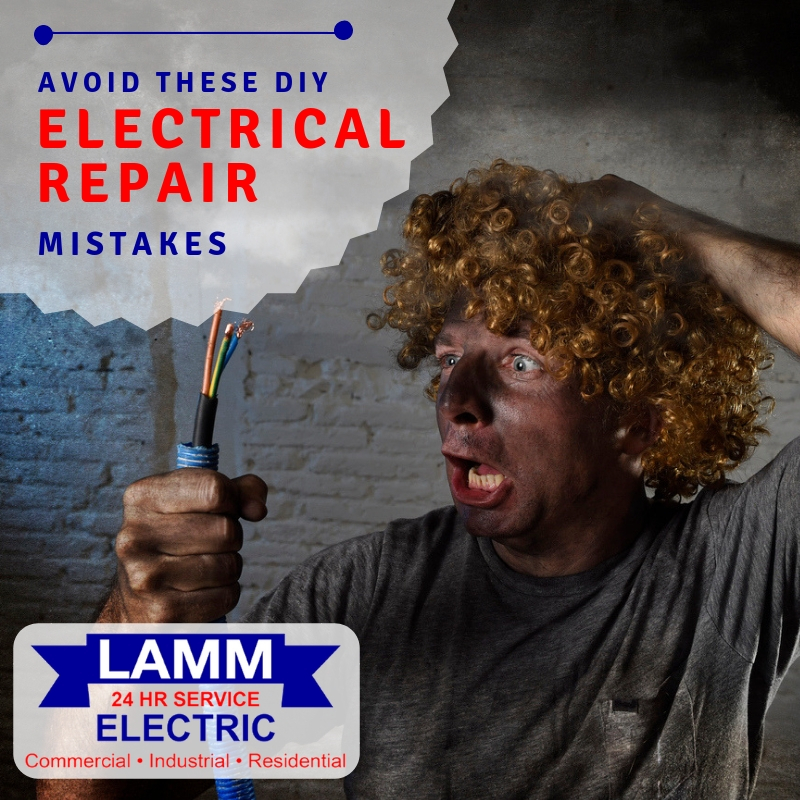 For the most part, people tend to avoid DIY electrical repair, and for good reason since electricity is dangerous. But if you’re one who likes to live on the edge, however, hopefully you’ll read through these electrical repair mistakes to be avoided at all costs. If they sound a bit scary to you, back away from the task and call a professional.

There is a reason why your home was wired with the size it was – that is the wiring can handle. If you put a 20 amp breaker on a circuit with 15 amp wiring, you are negating the purpose for the breaker or fuse, which is to stop power from overloading the wiring. You have a wiring issue, not a breaker issue. You need to get to the cause for the constant tripping instead. Making this mistake could cost you your home or even worse if an electrical fire ensues.

Mistake #2 – Depending on electrical tape for connections

There is a reason why wire nuts were invented – electrical tape is not dependable and doesn’t last. Using that black tape may seem like a great idea, but you are just inviting an electrical fire. It may not happen today or even this year, but it will happen eventually. In addition, be sure you know how to use wire nuts properly and be sure there is enough wire so that there isn’t excess tension on the connection.

Mistake #3 – Not shutting off the power before doing electrical repair

Working with live wires is just plain foolish, yet every year there are multiple injuries and deaths because of people who do just that. Always shut off the appropriate breaker and then use a tester to make sure you have the right one before proceeding with any DIY electrical repair. When in doubt, turn off the power to the entire house at the electrical panel.